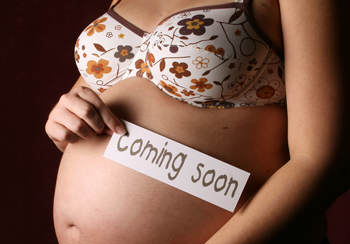 Believe it or not, a baby isn’t the only good thing you get out of childbearing – even if you’re a surrogate mother who doesn’t keep the baby, there are other significant health benefits to the experience. They include:

1. Many women have reported that they feel healthier than ever when they are expecting a baby because of the additional hormones surging through their bodies. These extra hormones not only encourage fetal development, but also have an effect on your well-being – they can actually improve your health during and after pregnancy. Many women say they feel meaningfully better as a result of these increased hormones.

3. A very substantial number of pregnant women have noticed a boost to their immune system, relative to before their pregnancy. Many women have reported fewer asthma attacks during pregnancy, and some women with multiple sclerosis experience a decline in symptoms during the last three months of pregnancy. There is no clear medical explanation for the decline in these symptoms, but research is currently under way to examine this relationship between pregnancy and the immune system.

4. Pregnancy can provide a glowing “moisturizer” for dry skin, or a stimulant that causes thin hair to take on glossy volume. A lot of women have noticed a certain “glow” on their skin, and stronger formation of hair and nails. Some pregnant women even report an improvement in their skin-related disease symptoms – for example, a temporary break from symptoms of psoriasis, Crohn’s disease and ulcerative colitis.

5. Many women have reported an increase in their psychological well-being during their pregnancy. Working mothers especially reported that despite their fatigue, their pregnancy was one the calmest and healthiest times of their lives. The excitement of looking forward to a new baby increased their overall mood.

These benefits are a large part of why most surrogate mothers consider pregnancy a very positive experience in itself. The boost to their immune systems, the reduced symptoms to certain diseases and the ‘pregnancy glow’ are unique and very, very enjoyable benefits to pregnancy.